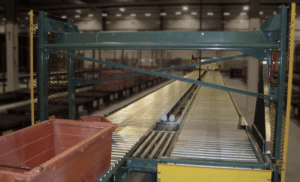 A compact, durable pull-off system with a robust bearing system that mounts easily in the designated space – saved money and time 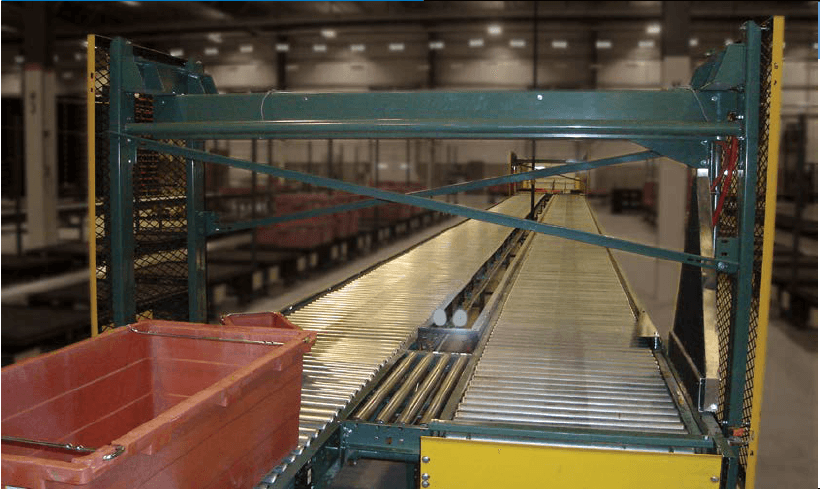 JONESBORO, AR – Manufacturing and packaging facilities may move and sort tons of bulk on conveyors, but the sorters, diverters and pull-offs that route products to their next destination must be as trim as possible to make the most of valuable floor space. Engineers at Hytrol Conveyor Company, one of the world’s largest producers of conveyor systems, needed such a space-saving solution when designing a diverter for an overhead pull-off system that would divert 150-pound boxes to a different conveyor line. For help with their solution, they turned to Tolomatic of Hamel, Minn., manufacturers of rodless-style actuators.

“Our conveyors are used to move products down the line, divert them to the next station in the manufacturing process or, if a product is defective, divert them to a reject line,” says Jackie Smith, application engineer at Hytrol.

“When we needed to design a diverter that was more compact and could be simply integrated into our systems, we decided that we needed to employ a different type of actuator.”

The traditional actuator used to operate diverters on a conveyor system is a pneumatic rod cylinder. Normally, a rod cylinder with up to a 48-inch stroke would be mounted off to the side, perpendicular to the conveyor, and operate a paddle that pushed a product off the conveyor or diverted it to a different line. However, these rod-style diverters consumed a lot of space because the cylinder extended about 48 inches beyond the width of the conveyor. When floor space is at a premium, Hytrol offers a framed overhead diverter design that uses a Tolomatic BC2 rodless pneumatic actuator. The BC2 actuator’s length is the same as the conveyor’s width, and the carriage moves entirely within the length of the actuator.

“The Tolomatic BC2 actuator is a space saver,” says Guy Holloway, president of Fraleigh Company, the local distributor for Tolomatic that helped design the application for Hytrol. “The length of the rodless actuator is the same as the width of Hytrol’s conveyor, making it much simpler to work it into new or retrofitted diverter stations. It can be mounted over or under the conveyor, depending on the application.”

A rodless band cylinder actuator contains its stroke within the length of the cylinder itself. For example, a 2-inch bore rodless band cylinder with a 48-inch stroke can provide 43 percent space savings compared to an equivalently sized rod cylinder. In addition, a rodless actuator guides and supports the load throughout the entire stroke length, so there is minimal bearing wear and load deflection compared to rod-style cylinders. As a result, bending moments are better controlled, resulting in longer wear without seal or bearing stress. 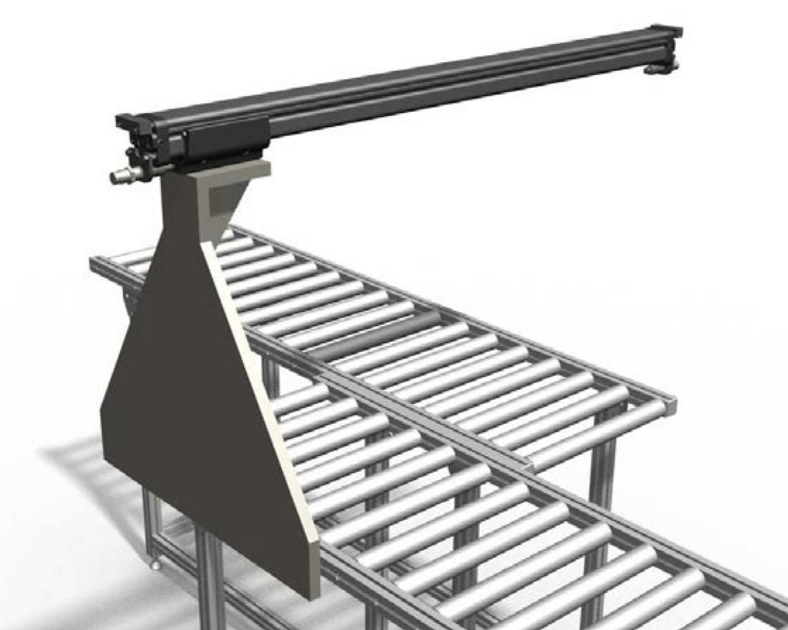 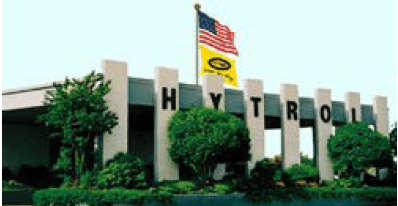 According to Holloway, Hytrol initially looked at other types of actuators, but liked the size and performance of the rodless actuator and found it easy to mount within its pull-off design. Designed with fewer carriage bolts and an adaptive mounting system, the Tolomatic design saved Hytrol assembly time and labor. Rodless band cylinders also feature numerous design advantages over rod-style cylinders that provide dependable, long-lasting solutions. For example, rodless cylinders offer equal piston areas in both directions, eliminating load variations. Plus, the load and piston have a floating connection, resulting in less friction and longer seal life.

“In Hytrol’s overhead diverter design, the actuator has to move a large triangular paddle that pushes boxes weighing up to 150 pounds,” says Holloway. “This can create very high bending moments on the actuator’s carriage and guide bearings. The BC2’s carriage has a very robust bearing system with higher side-load capacity than other actuators in its class, resulting in greater capacity and longer life. When designing for very high bending moments, sometimes we specify dual carriages on the actuators to distribute the forces.”

“Tolomatic’s rodless cylinder has been a dependable component in our compact pull-off systems,” Smith says. “By offering a trim solution for crowded warehouse operations, customers keep coming back for more.”